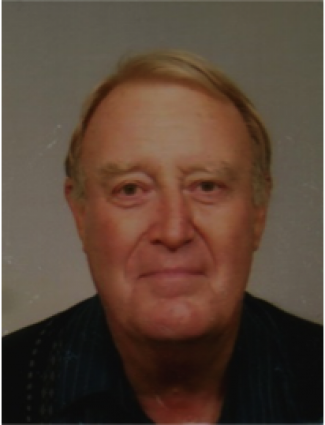 Kees Stigter passed away on 20 May 2016 in Indonesia.  He is survived by his wife Jaquie and his four children Joo-Yon, Fardo, Chaim and Tibor. As a husband and father, and as a passionate scientist who dedicated his life to noble causes, he will be greatly missed.

Cornelis Johan “Kees” Stigter was born on February 19, 1940 in Amsterdam, the Netherlands. He was an experimental physicist by education (Phys. Cand., Amsterdam, 1962; Phys. Drs., Amsterdam, 1966) and agrometeorologist/climatologist by profession   (Ph.D. in agriculture, Wageningen, 1974).

He was a member of staff of Wageningen University, the Netherlands (1966 –1975; 1985 – 2005); from 1974 as an Associate Professor and from 1985 as an externally-funded Principal Project Supervisor. He was resident Associate Professor (1975 – 1978) and Full Professor (1978 –1985) at the University of Dar es Salaam, Tanzania Physics Department, in the fields of agricultural physics and agricultural meteorology.

He was the Founding President of the International Society for Agricultural Meteorology (INSAM), since 2001. Kees wrote since 2003 the quarterly homepages of the INSAM web site (www.agrometeorology.org).

He was the author/co-author of more than 850 publications, of which 145 appeared in peer reviewed journals and 235 invited/selected ones in books/monographs/ CD-ROMs. Many of these were related to agriculture in semi-arid and arid areas, fighting land degradation and combating desert encroachment.

He was the Leader of the CAgM Expert Team and Editor-in-Chief on writing the third edition of the WMO Guide to Agricultural Meteorological Practices (GAMP, WMO 134), on which he worked since 1999 with 180 people. He was editor and main author of the book Applied Meteorology, published by Springer. The book offered a combination of the theoretical background of agricultural meteorology with practical problem solving and case studies. As such, it has appealed to scientists, end users (farmers) and policy makers.

In the last year, he was working on connecting agricultural sciences, environmental sciences, social sciences, and extension services in various countries. He advocated using new educational commitments -- such as Science Field Shops and Climate Field Schools -- for farmers and extension agents to assist them in responding to climate change through their own innovations.